In this article we shall be highlighting the technical aspects of the SIMGAB (gauge clearance simulation) software on which we reported in our previous newsletter.

The article has been compiled on the basis of input from Rémy DRON, Clément BASSET, Danilo SORRENTINO and Frédéric DESGACHES (Project Managers SimGab for SNCF Réseau and SNCF Mobilités) as well as Claude DOSSMAN and Ségolène LE SCOUEZEC (gauge experts CIM and SNCF Réseau).

In the past, checks were conducted to ensure that vehicles would not foul the clearance gauge by applying the very strict vehicle displacement and positioning recommendations of EN 15273 (UIC Leaflet 505-1). Since multibody simulation now offers a way of arriving at an accurate appreciation of rail vehicle behaviour (single vehicle, articulated trainset, special wagons, etc.) for all types of theoretical or actual track and for all running configurations, it is possible to define the maximum range of vehicle displacement in greater detail.

Kinematic gauge is used for judging whether Rolling Stock can be accepted on the French national rail network (RFN). The principles governing the reference profile of the kinematic gauge and the corresponding rules are agreed between the mechanical and civil engineers (rolling stock and infrastructure)

The maximum structure gauge is calculated on the basis of the reference profile (for the particular clearance gauge selected) as are the rules that must apply, these depending on:
– Z displacements (deflection of suspension, bounce, etc.)
– Y displacements (variations in track geometry, excess play or cant deficiency, quasi-static effects).
– Overhang
The actual rolling stock does not make full use of the maximum structure gauge, and the space left can therefore be used to equip vehicles with fitting such as steps, etc. 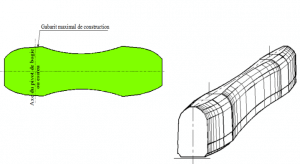 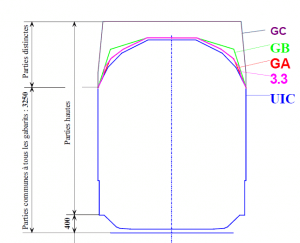 Overhangs are cases where the reference profile is fouled in curves but where exceptions are granted for the rolling stock concerned. The overhang that may be accepted depends on:

– The side of the curve involved 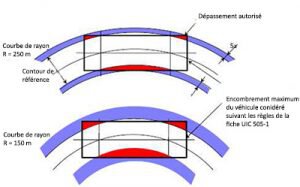 The maximum verification gauge for structures is obtained by increasing the horizontal dimensions of the reference profile half widths of the margin M1 calculated according to the rules applicable to the type of profile.

These rules, which enable the margin M1 to be calculated for a given curvilinear abscissa on the track, depend on the:
– Situation in the common section (H ≤ 3.25m) or upper section (H > 3.25m)
– Inner or outer side of the curve
– Running conditions on straight sections or in curves–> (Cant, cant deficiency, speed)
– Si or Sa overhang depending on the particular case 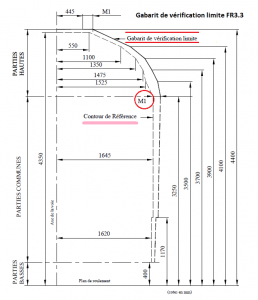 Application of the method by visualising potential points of conflict 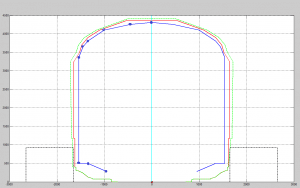 For the tests with SIMGAB, the RATP’s Test and Measurement Laboratory (LEM) was called in to establish the distance between the rail and a wheel on the VE144 test vehicle when in movement. To fulfil this task and to make allowance for the difficulties in fitting standard measuring equipment in the area selected, LEM volunteered to develop and apply a method involving acquiring images via high-speed video cameras and processing them using analysis software.

This method, which is normally used at LEM for 2D analyses (physical dimensions measured in the focal plane of the camera), was adapted for 3D analysis in order to establish displacement in relation to the perpendicular axis at the surface of the wheel with sensors placed at bogie pivot level. Following a series of experiments on the AEF site, the measuring equipment finally used for the tests comprised:

– Two high-frequency cameras for capturing the image sequences and setting a system of orthonormal coordinates (Photo 1),

– A laser matrix with points located on the wheel and the rail to create clearly visible targets, easily exploitable during post-processing operations (Photo 2),

Post-processing operations consisted of establishing the distance for each visible point on the wheel and the rail along the focal axis initially agreed. The data for the different vehicle movements was processed, thereby confirming, in particular, the degrees of development recorded by the other measuring equipment fitted by AEF.

Ultimately, this innovative test procedure using cutting-edge technology applied to railways signalled a new era for dynamic measurements of the distances between wheel and rail. 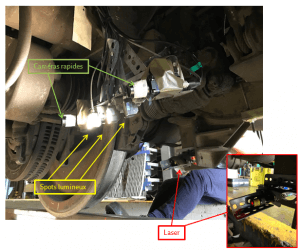 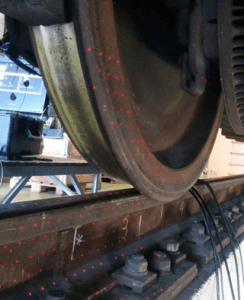 Picture 1 : Installation of the measuring equipment 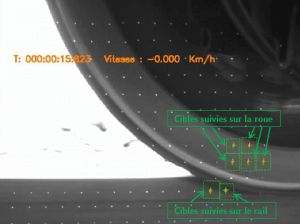