To facilitate locating and inspecting the electrical connections on the infrastructure of lines T1, T2 and T3 of the Lyon tram system, an invitation to tender was issued for carrying out a verification of all electrical connectors and evaluating electrical system quality on the network.

Eurailtest had the good fortune to be awarded the contract with the result that the team from the Electricity Unit at the Test and Measurement Laboratory headed for Lyon in early March for an approximately 12-week test campaign.

Their role is to perform a diagnosis of network infrastructure electrics, conducting conductivity measurements on the power supply network and charting the position of the different connectors. To allow for the difficulties of working in a complicated operating environment, tests are being carried out at night over short traffic-free periods without cutting off the power supply.

The contracting authority for this operation is the local Public Transport Authority, namely the Syndicat Mixte des Transports pour le Rhône et l’Agglomération Lyonnaise (SYTRAL). The contract manager is Keolis Lyon, the company in charge of operating the urban transport network in Lyon and its suburbs under the terms of the agreement signed with SYTRAL. 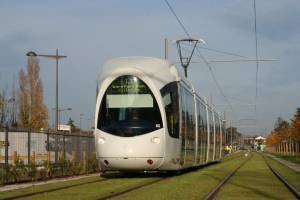 Latest news
Bombardier – Tests on the MOD1L version of REGIO 2N
Following the successful completion of type approval tests on the REGIO 2N V160, Bombardier once again turned to us for its test campaign on the REGIO 2N MOD1L.
Latest news
Edito : our teams and your test trains back in action!
2015 may be over but it is a year that will, sadly, long remain engraved in our memories for the tragic accident at Eckwersheim. After a brief stoppage, our teams and your tests trains are now back in action. In 2016, they will once again be heading off to different continents to partner you and […]